Memories told to her Granddaughter Betty on Christmas Day 1977

Anne was born 14th March 1888 in Leigh, England. She doesn’t remember having many toys as a child but remembers clearly a wax doll, given to her when she was 7, that melted as she sat in front of the fire on the same day she got it.
​Every girl in the family was given a handmade dress which was worn and then passed down.

Rooms were all heated by coal. Though every room had a fireplace, it was only to be used if you were sick. She clearly remembers childhood activities were about helping to keep the home spotless. Everything in the home had to be in perfect order. Washing of windows, both inside and out, took place every week without fail.

She walked the 3 miles to school. By the time she was 12, she made the best georgette hats around. Birthdays weren’t celebrated then and school holidays were only 3 weeks, meaning children could advance at an earlier age. 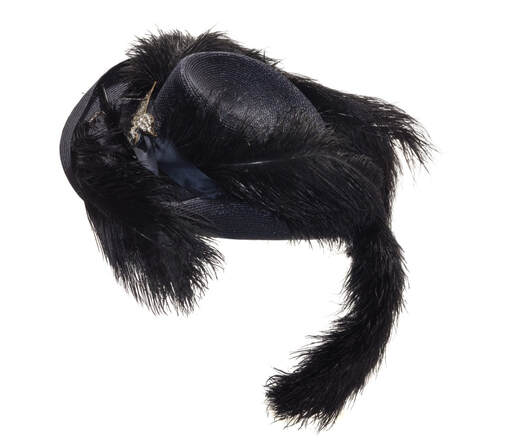 Anne's talent was hat making
She remembers her mother being very artistic and that she loved to decorate. Her sister Nellie played the piano, and they all sang in choirs as children.
All her brothers and sisters were born in leigh apart from Florence and Stanley who were born in Oldham. Stanley served in WWI. She remembers Florence winning an art scholarship to Manchester University.
​
When Anne was 25, she moved to Portland, Oregon, where she was snapped up by the manager of a millinery after he saw her talent for making English hats. She was nicknamed ‘Queen Victoria’ by her American colleagues.​