Croft Unitarian Chapel was on the corner of Lady Lane and New Lane in Croft. Although the chapel building no longer stands, it's footprint remains in many more ways than just rubble.
​
Both the chapel and the graveyard are Historic Monuments, listed on the Cheshire Historic Environment Record website.
​
The burial ground is 'maintained' by Warrington Borough Council as this is the normal procedure for closed churchyards. Unfortunately the lack of proper maintenance for the last fifty plus years has led to the site being overgrown and untidy.
​The people, our ancestors, who chose to be buried there, deserve much more respect than they have been given.

Read more about the council's maintenance of graveyards here.

It is an ongoing project to put things right.

The inspiration to take on the project came after I found only one website with any information at all for the chapel. This was a blog by Rev. David Steers. I got in touch with David and he has been a great help with research and encouragement throughout.

What has been done at the graveyard? 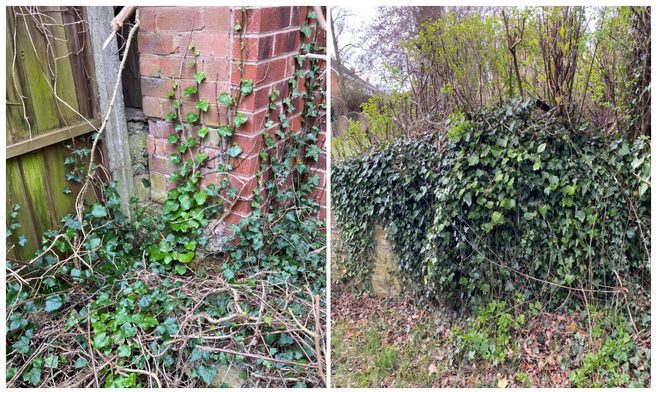 A small example of the ivy in the graveyard
​Over 150 rubble sacks full of ivy, weeds and brambles have been removed from the site - with probably the same amount still to go. The biggest obstacle of the project is removing the rubbish. Two households locally have been superb, from New Lane and Gosling Road, by filling their green bins with the rubbish as and when they can.
​To these people I will be eternally grateful.

The rust has been removed from the gate and it has been primed and painted. It currently has a temporary sign affixed, showing passers by its name and Historic Monument reference number.
​ 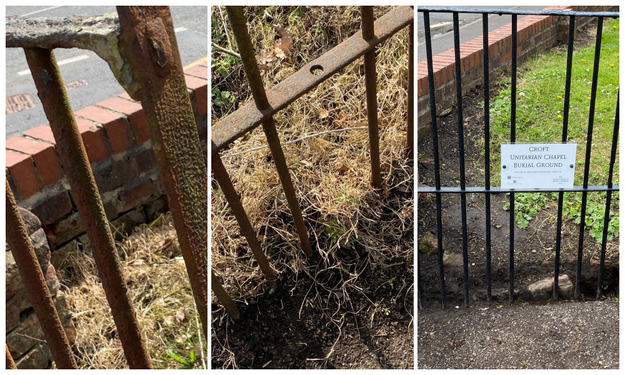 The benches and paving stones have had the algae removed and both benches have been treated with Teak Oil. 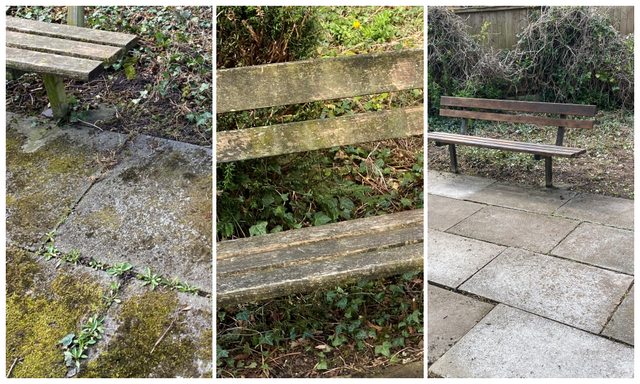 Left - The benches and paving stones before treatment. Far Right - The progress made so far
Bird feeders and baths have been put up around the grounds to attract a wider variety of birds.

​The three graves that commemorate our war heroes now all have a plaque with their service details, a flower and a poppy bird bath. 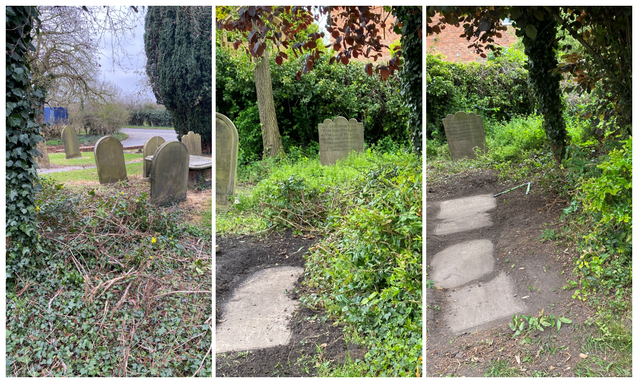 Left - The area the two graves were supposed to be. Right - After removing the ivy and digging down, there they were.

What still needs to be done?

Removal of all the ivy is the priority currently alongside general weeding and maintainence.

A tree surgeon is needed for the Yew and the Hazel trees. Both have been taken over by ivy and brambles and are very overgrown.

The Commonwealth War Graves Commission are due to install one of their signs at the entrance.

The other missing graves need locating, this involves comparing the new plan with a plan made in 1971 and the burial registers.
​
Hopefully a water supply can be added - either a connected tap or a water butt.

A bin would be useful, not only for the cemetery waste, but for people who are just passing to use. Lots of litter tends to get dumped in the burial ground as it is on a popular walking route that has no bins at all.​
Click here to read about the building of Croft Unitarian Chapel.
​Click here to browse the graves and burial listings.
​